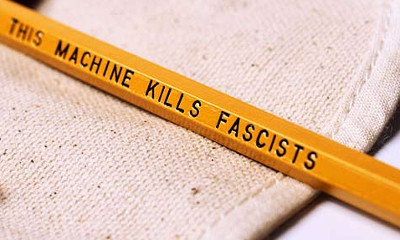 Before I read this book, I vaguely knew that Elizebeth Friedman was a skilled codebreaker but figured I would never know the deets since her work was classified. But this biography pulls some impressive stories out of some recently-declassified material. (Very recently, like as part of researching this book. I (spoiler alert) am reading Code Girls, a book about WWII codebreaker ladies, and there's a bit about Friedman, but leaving out info re-discovered by this book's author.) There's good stories here, whether you like spymasters or codes or history.

It starts out with the part of the story I knew from The Codebreakers. Thanks to her background in Shakespeare, she got a job assisting on a project to help decode the works of Shakespeare. Some folks had decided that "Shakespeare" was really Sir Francis Bacon writing secret messages in a secret code he'd developed; they'd figured out the system but wanted help with the grunt-work of decoding Bacon's messages using the system. Being clever and skeptical, she figured out how Bacon's code worked and figured out that the folks around her had deluded themselves. And she got really good at thinking about codes along the way. And she met man who she'd marry, who likewise became really good at thinking about codes. He'd go on to found a team of codebreakers that eventually turned into the NSA; and thus was obscure for a long time because the NSA was super-secret. But eventually folks found out about the NSA's existence, and thus we found out that William was pretty badass, code-breaking-wise. He's famous albeit in the narrow scope of folks who are into the history of codes.

Elizebeth was famous for a while, but then she dropped out of the spotlight. She formed a team of codebreakers within the Coast Guard, then part of the Treasury Department. She trained folks and led them. (And training folks was not so easy back then; there weren't many books about codes back then; and the practical books that did exist were written by the Friedmans.) At first, they were breaking rum-runners codes; this was during Prohibition. She testified in court against some alcohol-smuggling gangsters. Magazines wrote profiles about her… But then folks figured out that maybe this publicity wasn't such a great idea. If every media outlet is telling gangsters "Ha ha, there are these folks who can solve your simple codes," then gangsters might start using tougher codes. So, like William, her work became secret. But why didn't we find out more about her work later? The Coast Guard's a lot less secret-y than the NSA, right?

Thanks to this book, I found out why Elizebeth stayed obscure: her work was classified—and before it was unclassified, J. Edgar Hoover lied and claimed credit for her work for the FBI. So folks didn't necessarily think to check "Hey did Elizebeth Friedman lead her team to catch South American Nazi spies during WWII?" because everybody "knew" the FBI had done that.

But she did lead a codebreaking team. And she was pioneering signals intelligence and analyzing the intelligence and and her team decoded messages that had been encoded on an Enigma machine which is pretty much the most impressive thing a team WWII-era codebreaking organization could do. (It helped that the Nazis used the same key for 100s of messages instead of changing keys… something that they felt comfortable doing because even re-using keys, decoding Enigma-encoding messages was arguably impossible.)

(Oh, and as I found out from Code Girls, when the Coast Guard got absorbed into the Navy, that probably aided obscurity: The Navy doesn't respect desk jockeys as much as it does folks on boats. That's a reasonable attitude up to a point… but this group of desk-jockeys saved plenty of sailors' lives.)

They took these games [Holiday cards with secret messages for their friends] further by organizing live puzzle-solving events that were famous in their social group throughout the 1930s. Some of these "cipher parties" were scavenger hunts that sent guests winging through the city. Elizebeth handed you a small white envelope. You tore it open to find a cryptogram.The solution was the address of a restaurant. When you arrived, you ate the salad course, then solved a second crytogram to discover the location of the entrée.

Folks who have organized puzzlehunts will be doubly impressed here: not only did the Friedmans write codes for a city-wide puzzlehunt, they handled logistics with multiple restaurants. I'm imagining walking up to a restauranteur and proposing: So here's the deal, these teams of people are going to show up sporadically; each person will eat a salad, and then leave without ordering an entrée… This must have required some convincing.

Uhm, but there isn't much about puzzlehunts. Puzzlehunt-friends who aren't history buffs maybe don't rush to read this book. But if you are a history buff, then by all means do rush. (Or maybe you already read it? This book was a 2017 bestseller; I'm late to the party, as usual. Anyhow.)