He wasn't just a magician and magic-historian. He was also a skilled technical writer: he wrote a book that taught a bunch of kids stuff. Specifically, in the 1990s, a bunch of nerds over at Geoworks learned how to throw playing cards from my hard-found copy of Ricky Jay's book Cards as Weapons.

I already wrote a book report blog post about Cards as Weapons, which was really about going to see Ricky Jay give a talk. That book report skirted the truth, though. It says "It turns out that he doesn't want to autograph that book anymore--too many pirated copies floating around." That much was true. But when Ricky Jay told me his policy and then saw how downcast I looked… he signed my copy anyway. And he made me promise not to tell anyone that he would sign the book, lest more folks pester him.

Now I break that promise; nobody will pester him anymore.

He knew the world was full of sharps and crooks, he'd studied them; he had every reason to be cynical… But he was still a sweetie to me, a stranger. 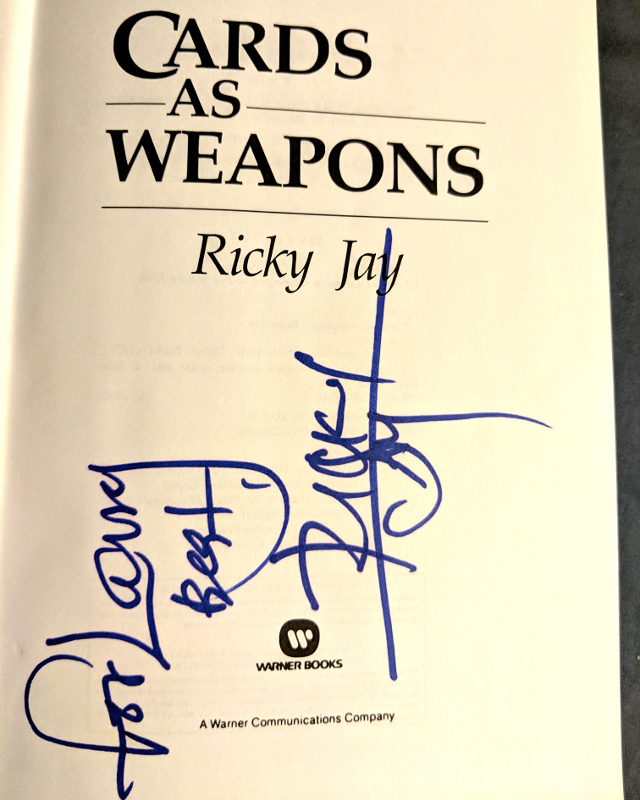