I made a picture filter. I call it "circly" because it's kinda like pixelize, but with circles. And then I made a web page of circle-drawing animations so you can lose yourself in watching lots of circles appearing or anyhow that's what I spent way too much time doing. 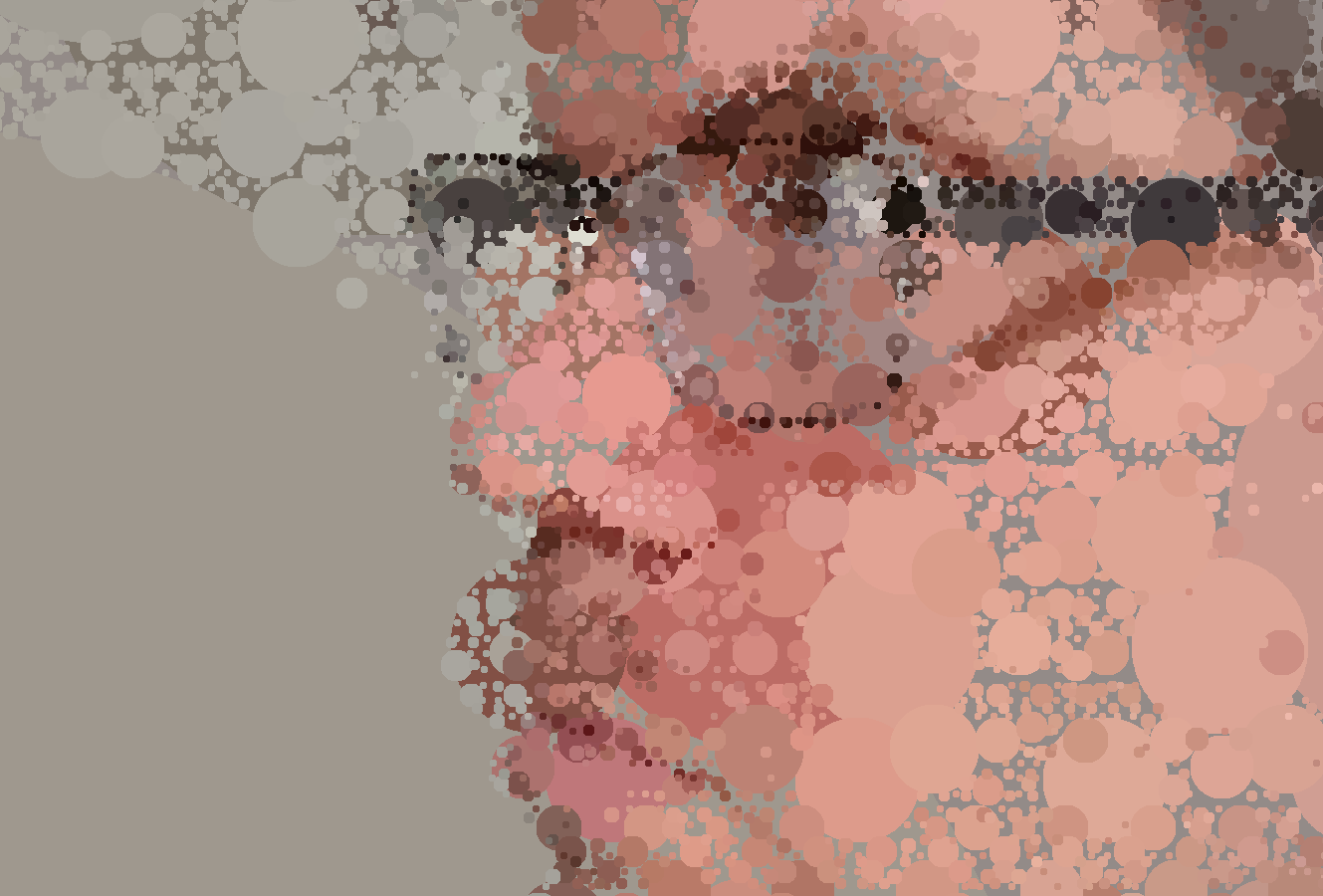 At first I thought I should use k-means clustering to choose which circles to draw. But then I tried just choosing random circles and that looked about the same and was much faster. And then I tried choosing regularly-spaced circles and that was fast and looked better. I often start with the over-complex method and then am surprised when the simple method works better. But maybe that's better than starting with the simple method and then feeling disappointed when the further work on the over-complex method doesn't pay off. Anyhow, you can look at circles.