Months ago, anticipating wildfire season, I ordered an air purifier from my local hardware store, along with some other stuff. But they sold their last air purifier before they could fill my order. Someone from the store called up to ask what to do and then I think they canceled the order. But yesterday I got mail saying that maybe the store is getting ready, months later, to ship the "some other stuff" part of my order. Except then I looked at the planned ship date and now I think that maybe some bored shop clerk at this store (a few blocks from the Haight Ashbury district) is just fooling around in the order system. 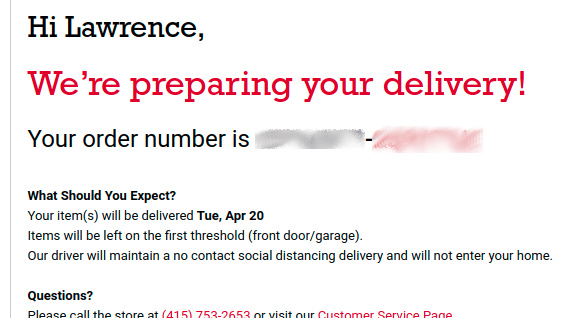