As I headed out on my exercise walk this morning, I noticed something out of the corner of my eye. In a house garage that hosted a polling place for last week's election, there was still voting equipment piled up. That seemed strange—shouldn't the Department of Elections have picked it up by now?

Later, I walked past the library on Page Street. There was still a ballot drop box outside; but now it was covered by a padlock-secured bag. 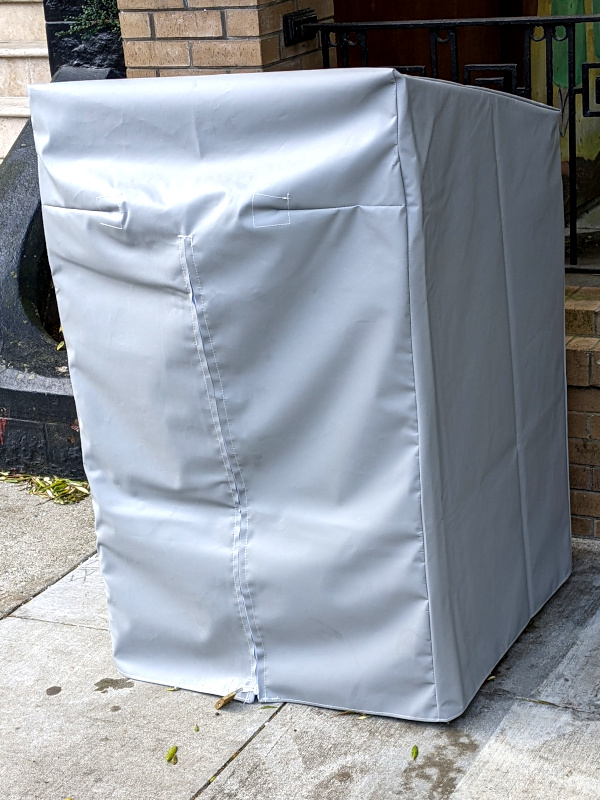 In the past, the Department of Elections has removed ballot drop boxes between elections. But this time, they left the box there. Is it because San Francisco is holding four(!) elections this year? Maybe in such a year, it's too much hassle to un-bolt and re-bolt the boxes each time. Or maybe they wanted to leave the ballot boxes out in the past, but it took until now to sew up enough giant lockable bags?

Now I wonder the Department of Elections is just going to leave all that equipment in my neighbor's garage between elections.