Maybe a secret message; maybe a wild goose chase, I dunno: I saw this sign hanging behind a door on Douglass Street near 18th: 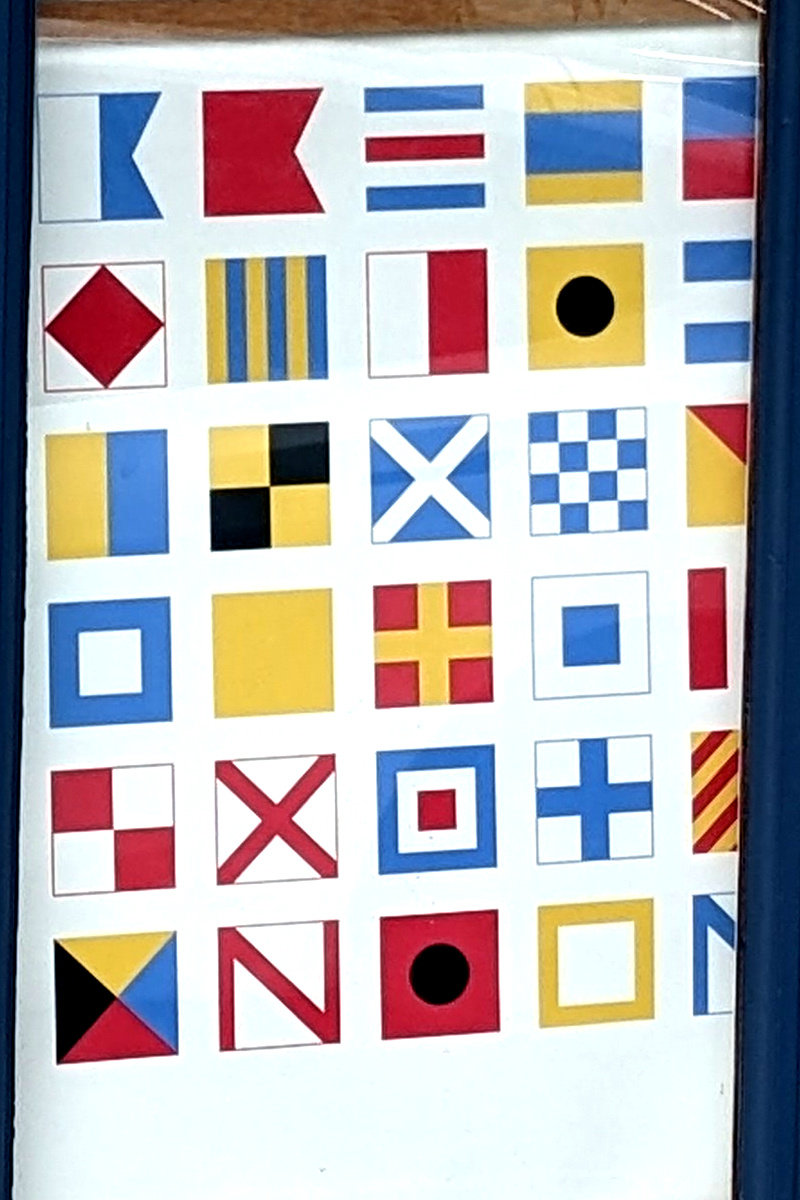 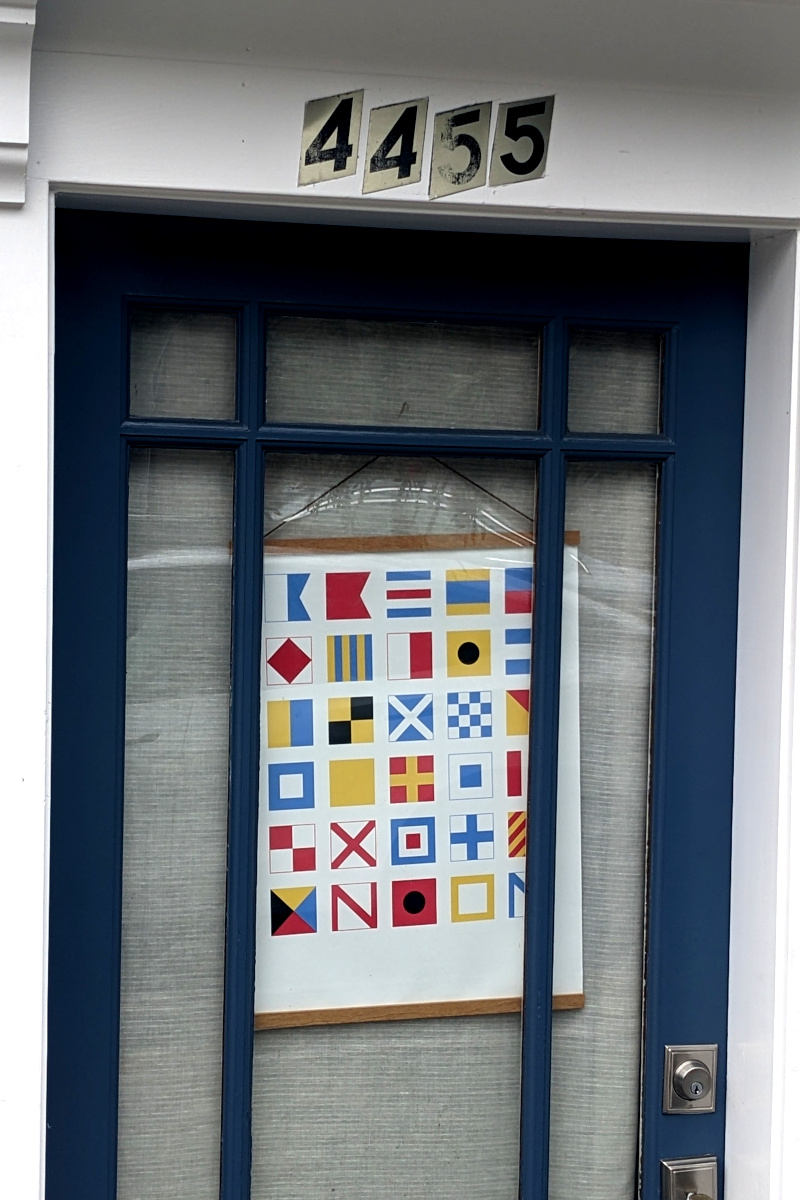 If you dig up your trusty puzzlehunter's decoder sheet and start reading, you'll think Hey wait, this is just the alphabet! But but look at that bottom row: after the Z, there are four flags not from the usual alphabet.

There are maritime signal flags that aren't in the alphabet. E.g., there are number flags. So it's not shocking that that a sign would show some not-in-the-alphabet flags; but I can't figure out what the extra flags are. When I tried searching teh internets for [maritime signal flags red background black circle], I found out that a flag with a red background and a black square is an old tropical storm warning flag. It seems weird to me that the flag-system-designers would have two different flags that looked so similar from a distance.

The extra flags kinda look like letters that spell out "Noon". But… what's the point of a sign with the maritime signal flag alphabet and then "noon" not in that alphabet? I hope that there's a cool secret message that I'm failing to figure out. But since I'm not figuring it out, I'm perhaps-sour-grapes-ishly thinking I guess they just wanted to fill in the bottom row with some things that looked kinda like flags but not really.

Looking in old Google Street View pictures, I think the poster was in place as of March 2022, but not back in June 2021. (For out-of-towners hoping to solve the mystery by researching the location, I'll point out that the address number is for 18th Street though the doorway is on Douglass.)