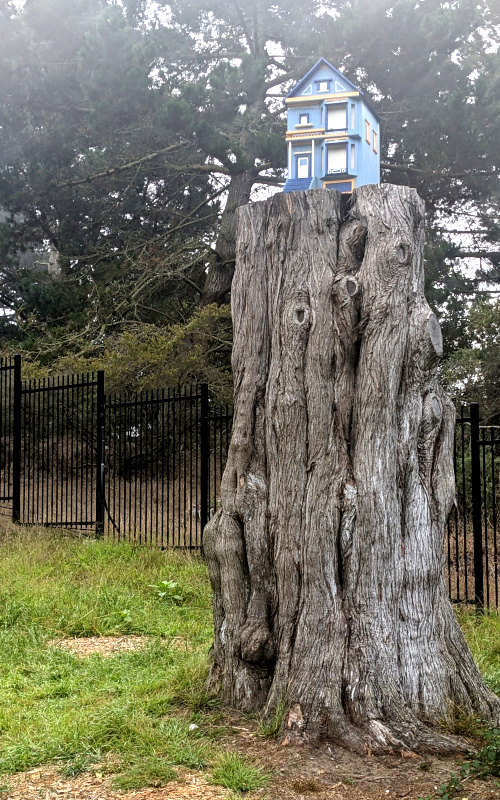 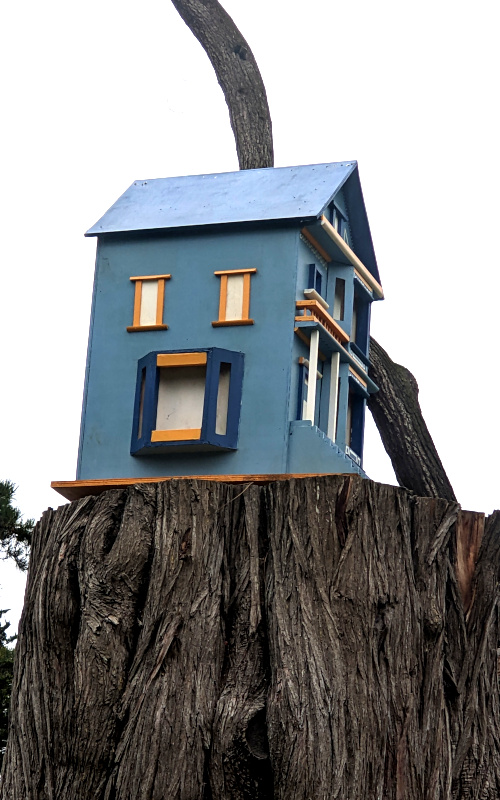 Getting up close to it, I saw the little house was not very detailed; I guess the artist intended for it to be admired from a distance. (From a distance, it's pretty mysterious. When I saw an obviously-artificial thingy on top of the stump(?), I tried to figure out what kind of park infrastructure it could possibly be. A house for raccoons? An absurdly large moth trap? I was pretty far away. I don't normally walk along the fence at the back of the Arboretum. If I'm walking in that area, I'm probably up by Stow Lake. From Stow Lake, I saw that weird shape atop the stump(?) many times before I finally walked down to get a closer look.) But then, there's a Catholic saying written on the back; only those who get close can see the writing. So… maybe I don't understand the artist's intent, audience-experience-wise.

When I searched teh internets for information about this, I found not much, mostly speculation. An article by Amanda Bartlett is pretty well researched: Apparently the little house appeared back in May. It's not an official Golden Gate Park thing, but the head of the SF Parks department decreed that the house can stay up for now. Nobody had claimed credit for making it.