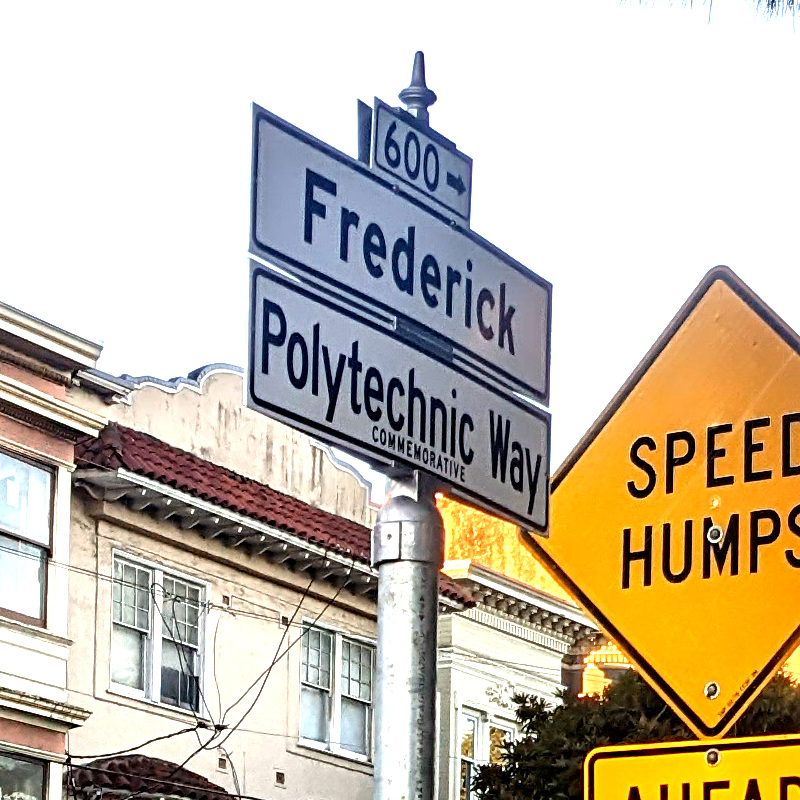 It's named for Polytechnic High School, which you probably haven't heard of. That school is defunct now, its main building torn down. But I think about it fairly often because

Those buildings now house Acro Sports and the Circus Center, which teaches circus arts. That used to be the Clown Conservatory; it was fun saying I lived just uphill from a clown school. But now the best I can say is that I live uphill from a school with a Department of Clown and Performance. (Bonus puzzle nerd trivia: I'm pretty sure that's where Jesse Morris recorded Shelly Manber's hidden-message aerial silk performance for the Aerialist 2020 Mystery Hunt puzzle.) 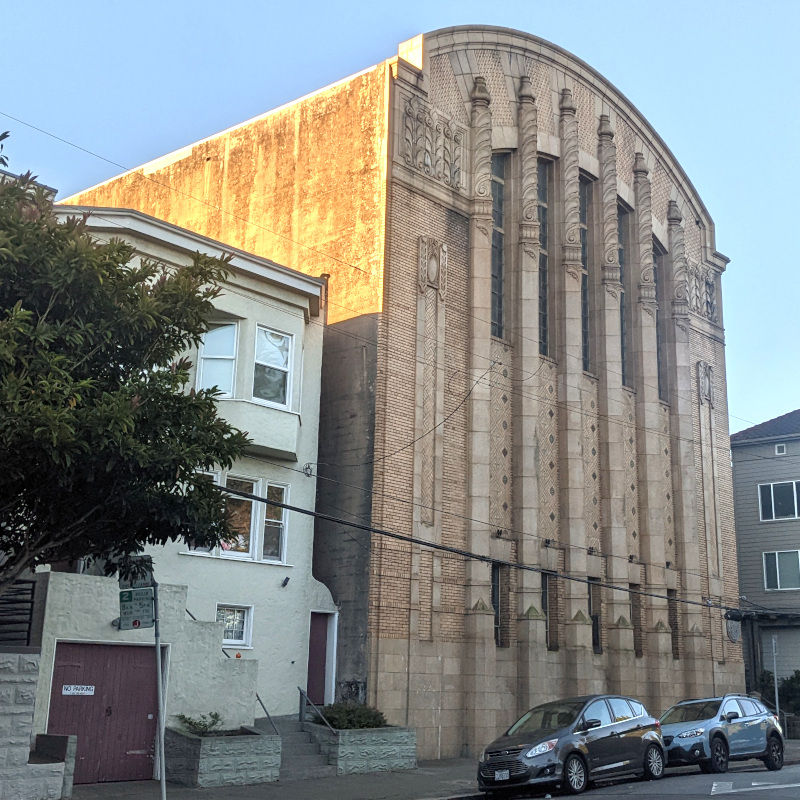 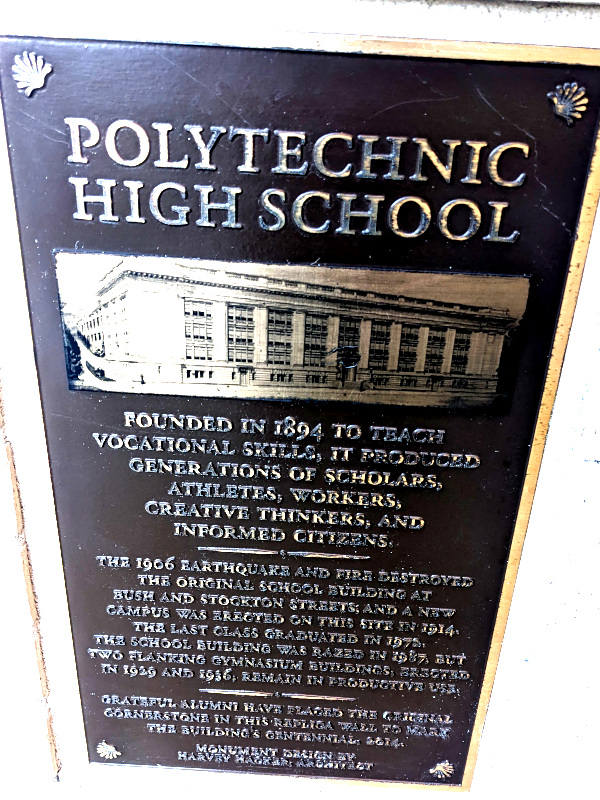 Though my grandfather wasn't famous, you might have heard of some of Poly's other alumn[i|ae], such as physicist Luis Alvarez (experimental physicist), Janet Gaynor (actress who preprised Lady Gaga's role in "A Star is Born", the 1937 version), Tad Dorgan (cartoonist who popularized the phrase "the cat's pajamas"), or Caspar Weinberger (got caught lying to Congress about Iran-Contra). Being not-famous is better than being famous for lying to congress, so yay grandpa, you turned out OK.

*Though my grandfather went to Poly, his sister went to Lowell so you know I'm not from the brainy side of the family.